The Ultimate Guide to Scalability Testing

Let’s delve deep into the topic of scalability testing and its relevance in software testing.

What is Scalability Testing?

Testers and developers use the terms scalability testing, load testing, and stress testing interchangeably, but they have many differences in reality.

What is Load Testing?

The objective of Load Testing is to put a testing environment under an increasing workload. Placing the system under different load test scenarios establishes how the system handles load distribution. For example, using a Load Testing tool to fluctuate the number of users would allow you to monitor the system response time during usage swings.

Load testing tools perform both Load Testing and Scalability Testing. Typically the tool allows you to set parameters based on test scenarios.

What is the objective of Scalability Testing?

There are four essential purposes of scalability testing and they are:

What are some Scalability Test Examples?

An example would be a database application that gives an adequate response time for twenty users should be scalable for 200 users as required.

Consider a scenario wherein a website or an application works well on average days. But, at the time of a large sale, the page slows down or crashes due to the high traffic. This is where performance testing helps ensure the application is ready to withstand different loads under different circumstances.

What are the benefits of Scalability Testing? 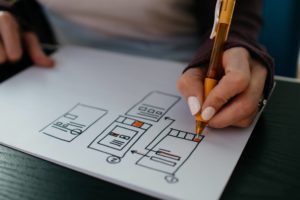 User experience is one of the most critical aspects of your web applications, as nearly 40% of users abandon pages that take more than 3 seconds to load. With the rise in technology and resources, the expectations of users have also gone risen. Therefore, to stay relevant in this competitive market, you must stay ahead of the competition with a flawless user experience.

Scalability testing is highly beneficial in evaluating the user experience under heavy load (traffic spikes). It helps check your system’s responsiveness and overall performance by putting it through the stress of upscaling.

You can extract meaningful data gained from scalability testing to boost your software’s performance metrics and user experience.

Scalability testing allows testers to detect critical issues in the application. As a result, bugs are mitigated in a timely fashion. Fixing bugs at an early stage is crucial while developing an application. That is to say, as the code base grows, it becomes more difficult and expensive to resolve bugs.

Bugs caught in production cost around ten times more to fix than bugs caught in the software testing phase. Therefore, performance testing can save your company a significant amount of time and effort when prioritized and automated correctly.

An application exhibiting poor performance and frequently failing can adversely affect your reputation and trust among users. Lack of brand trust and customer satisfaction can kill your product in no time. As you can imagine, it is tough to recover from this damage.

Take, for example, an eCommerce site making $100,000 per day. An additional second in page-load time would cost them $2.5 million in sales every year. This is the reason conducting performance testing before the production phase is vital. Scalability testing helps find and quickly fix critical performance issues. Thereby ensuring you keep your end customers satisfied and content with your product.

Scaling up applications can be very expensive, so you need to watch your expenses closely. Ensure you avoid memory leakage issues and lower your costs by testing how well your system scales resources.

Scalability testing helps optimize applications and infrastructures adequately to ensure you are not overspending while tweaking the capacity. Additionally, it significantly reduces the risk of losing money or the brand’s reputation due to the app’s lousy performance.

Scalability testing helps uncover the critical causes of an app’s performance issues within the testing phase. This helps save a significant amount of time and money. If these issues are not detected on time and are found later in the production phase, it hurts the companies in terms of capital and has a massive impact on the brand’s trust and reputation among its users.

What is a detailed Test Plan for Scalability Testing?

It makes sense to have a detailed scalability test plan before initiating test creation. Doing so will ensure the test is accurate per the application requirement. Here are some key points to consider to create a well-defined test plan.

What are the Scalability Testing Attributes to look at?

There are a ton of attributes a system can be tested for. However, the number of attributes tested is typically dependent on the complexity of the program. For example, subjecting a system to 10,000 concurrent user requests when the system sees a maximum load of 100 users is not a good use of time and energy. Another example would be attempting to run database tests against a statically served application. Understanding what should be tested and real-world expectations is vital to saving time. Usually, projects examine these attributes:

Now, take a look at some of the typical performance measurement attributes of scalability testing.

As the number of people interacting with an application increases, the application typically responds differently. Usually, the application slows down until eventually freezing when subjected to increasing user requests. As a result of this test, changes can be made to the underlying hardware required, network, or code to ensure the system will perform well under the new user load. When reporting on this attribute, you should show what changes were made to overcome the barrier.

Response time is one of the most crucial performance measurement attributes in scalability testing. This measurement denotes the time consumed between the user’s request and response from the application server. Response time is tested at different user load levels by increasing the number of requests processed per user or gradually increasing simultaneous users. This allows you to identify at what point in time the response of the web application slows down.

An example of Response Time: Response time is measured as the amount of time that transpires between the user taking an action and receiving the response. As the response time decreases, the performance of the application increases.

To ensure an application consumes less memory and runs smoothly, developers need to follow good programming practices. As a rule, redundant loops should be avoided, database hits should be kept low, and some validations should occur client-side.

Developers should also consider keeping an extra database for situations when an application runs out of memory due to a high amount of requests.

An example of Memory Usage: If all allocated memory is consumed by the number of user requests, the developer must add additional resources to compensate for the potential loss of data.

The primary variable you change when testing an application’s scalability is the number of virtual users hitting the service. In other words, the user load the system can sustain is being tested. When starting out, you should identify a small baseline user load. The baseline user load acts as the starting point for measuring performance during scalability tests.

The baseline user load should be increased in subsequent medium and high user load scenarios. While these scalability tests are running, record logs indicating how every resource is behaving. As before, document your mitigation efforts as changes are made to achieve application stability.

An example of Network Usage: rather than using a queue mechanism for processing user requests, a developer could code the solution to process the requests as they arrive. 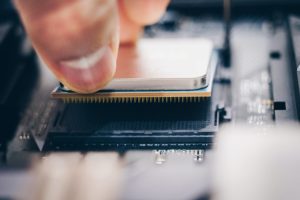 CPU usage is tested to measure the utilization of CPU while performing application code instructions. The code of the application should be well-optimized to reduce CPU usage.

Time consumed by a particular page to load significantly impacts an application’s overall quality and performance. Developers should use good coding practices, lightweight and optimized software tools, images, and videos to reduce the loading time.

What are the types of scalability testing?

The two types of scalability testing are:

Vertical Scaling vs Horizontal Scaling, which can fix your scalability issues?

Running your scalability test scripts usually uncovers issues in your software or hardware. These issues must be resolved to continue meeting business requirements. Thus, you have to decide how to scale your application’s infrastructure. The choice is to either scale vertical or horizontal (sometimes referred to as scaling up or out).

One solution to improve capacity and processing capabilities is to add better or more components to your infrastructure. One common practice when scaling up is to install better CPUs to the servers hosting your applications. Generally, your application can be scaled vertically in the cloud or on-premise through allocating additional space to the servers.

The second solution to improve capacity and processing capabilities is to add additional servers, oftentimes called horizontal scaling (or scaling out). With horizontal scaling, a new server is added to the network to share the burden with the pre-existing servers. This is the simplest way to boost your infrastructure’s performance, capacity, and resilience.

As with all good things, there are some drawbacks to this approach. Among them are:

How can you scale fast?

Let’s dive into today’s critical tip for scaling quickly: leverage the cloud. Scaleability test results usually identify issues with processing power, memory, or space. As a result, it is most logical to host your systems where all three are abundantly available. You should be using the cloud to reduce overall costs and be faster to market, without sacrificing performance. Here are some great cloud providers:

What are the steps you need to take to ensure the scalability of your application?

The primary reason to complete this testing against your application is to understand what your users will experience when the maximum load is reached.

Additionally, your team can learn how the servers degrade and response times increase as users increase. As a result, many businesses find scalability testing beneficial.

The typical steps to placing a system under a scalability test are:

What should your team look for in a tool to perform Scalability Testing?

Selecting a load testing tool can be a challenge for many teams. Typically, there is an infrastructure to be set up, reporting to be created, and a skill set gap that must be addressed. One way to alleviate some of these hurdles is through a Software Testing Center of Excellence. A TCoE can help you establish your scalability testing tools and navigate these prerequisites.

What are the Scalability Testing Preconditions?

The test strategy for scalability testing differ based on the application under test.

For example, if a SQL Server instance is being used by an application, the testing constraints will be based on the instance and number of users. The typical four preconditions are that can be used in your test strategy are:

What are the advantages and disadvantages of Scalability Testing?

Below are the 5 advantages of scalability testing:

As with most things, there are some disadvantages to scalability testing. Namely:

Scalability testing services demand a specific type of software testing that analyzes the software’s ability to scale up when the volume or size of the system is changed to meet the organization’s needs. The test strategy of the scalability testing differ depending on the type of application an organization focuses on when the system stops scaling.

So go ahead, leverage the power of scalability testing to ensure that your application is versatile enough to withstand the dynamic requirements of the modern world.